Posted on April 1, 2019 Categories: Gedeon GRC News, News Comments are off for this post 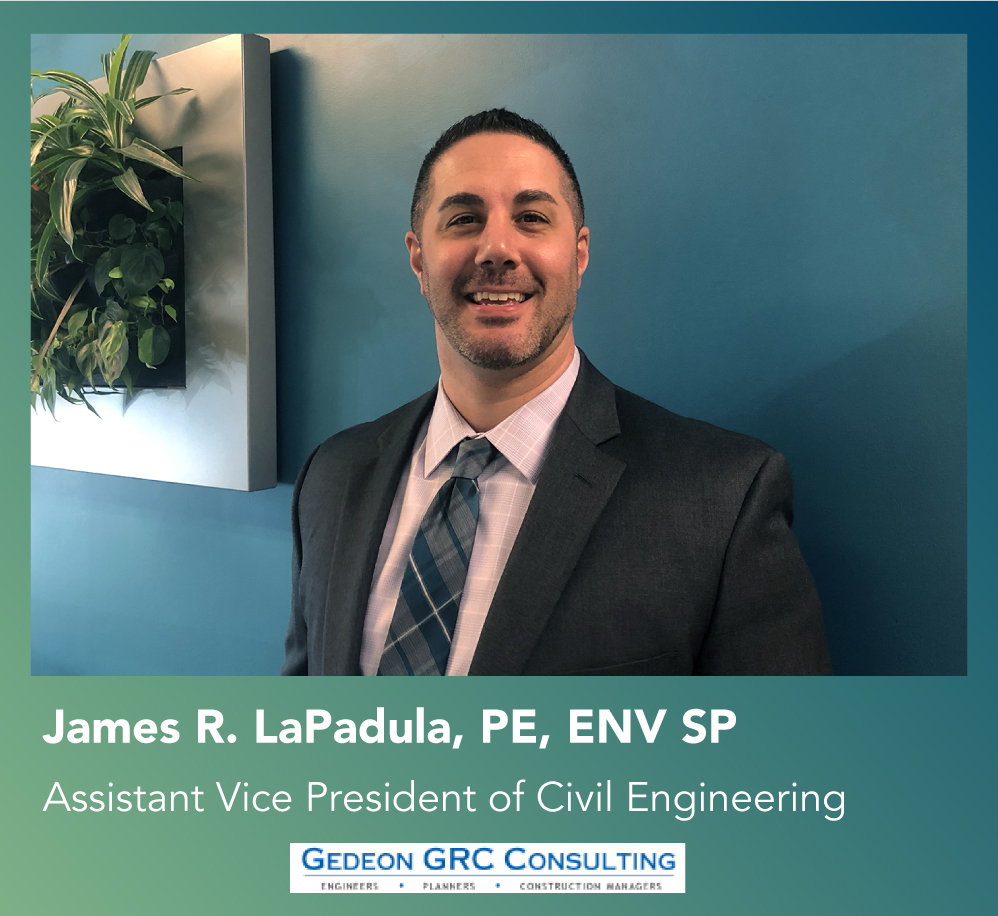 We are thrilled to announce the promotion of James R. LaPadula, PE, ENV SP, to Assistant Vice President of Civil Engineering!

Since joining Gedeon GRC’s Civil Engineering Department in 2010, James has contributed a wealth of experience to our team and has played an integral role in the design and development of major infrastructure and sustainability projects throughout New York.

Aside from managing several projects of varying scale and complexity, James specializes in civil/site design and transportation engineering for numerous facilities, including but not limited to roadways/highways; streetscapes; green infrastructures; bridges; waterfront structures; transit/rails; plazas/parks; various types of buildings; and parking lots/garages.

James has provided services to clients such as NYSDOT, NYCDDC, NYCDOT, NYCDPR, NYCEDC, NYSOGS, MTA, PANYNJ, DASNY, CUNY, SCDPW, and Long Island municipalities. Some of his notable projects include:

As Assistant Vice President, part of James’ responsibilities will be to develop, track, and manage processes, project schedules, and perform quality reviews.

We are excited about his new role in the organization.

Please join us in congratulating James on his promotion!