Posted on April 10, 2017 Categories: Gedeon GRC News Comments are off for this post

In January 2017 Gedeon GRC Consulting was contracted by the New York Landmark Conservancy to carry out a structural reassessment and aerial survey of the Bunce Island Slave Castle in Sierra Leone. The team was led by Mel Garber, a native Sierra Leonean and our Director of Building, who has been working on efforts to stabilize and preserve this site since 2007. One of the main objectives of this effort was to outline a plan towards compliance with UNESCO requirements for World Heritage Management Plan and thus open the way for Bunce Island to become a UNESCO World Heritage Site.

Bunce Island is located in the estuary of the Sierra Leone river 17 miles North East of Freetown and it is considered the most important historic site in Sierra Leone. However, its relevance in the history of the transatlantic slave trade is still very little known outside academic circles.

The site consists mainly of the ruins of the sixth and final slave castle built on the island in 1796 by the English slave trading company Grant, Oswald and Sargeant. Other areas of interest include an ancient well, a cemetery, two kilns and shell mounds which were used to produce the lime mortar employed for construction on the site. There were two historic villages in the island but their precise locations have not been found yet. A national monument since 1948, the fort has long been under legal protection, however, the limited resources of the country have so far delayed a comprehensive project for its preservation.
A recently restored guardhouse is open during the day. From the visitor’s book kept at the guardhouse, it is estimated that approximately 1200 visitors per year arrive by chartered boats on Bunce Island. The lack of adequate visitor’s facilities (toilets, rest areas, signage, or interpretation) limits their ability to comprehend fully the history of the site but also hinders their experience and the site’s preservation.

During its two-hundred-year history, the fortification system at Bunce Island was destroyed and rebuilt six times; however, nature is now accomplishing what the cannons could not. Since the fort was completely abandoned in 1840, the island has been deserted. No preservation work had ever been done on the remaining structures before 2011, when a comprehensive structural assessment and some initial interventions to support the walls were conducted by a team of engineers.

Mel Garber initially got involved in this project in 2006, when he was first introduced to Joseph Opala, an anthropologist who had worked in Sierra Leone as a Peace Corps in the late 1970s and who in turn had been introduced to Bunce Island while in Sierra Leone. When he found out that Mel was a structural engineer working for a firm renowned for structural preservation, he convinced Gedeon GRC’s Director of Building to get involved in the preservation efforts. As Mel Garber found out more about the history of Bunce Island and especially its relationship to the United States, he felt that as a Sierra Leonean and professional engineer he had a duty to pursue the preservation efforts. 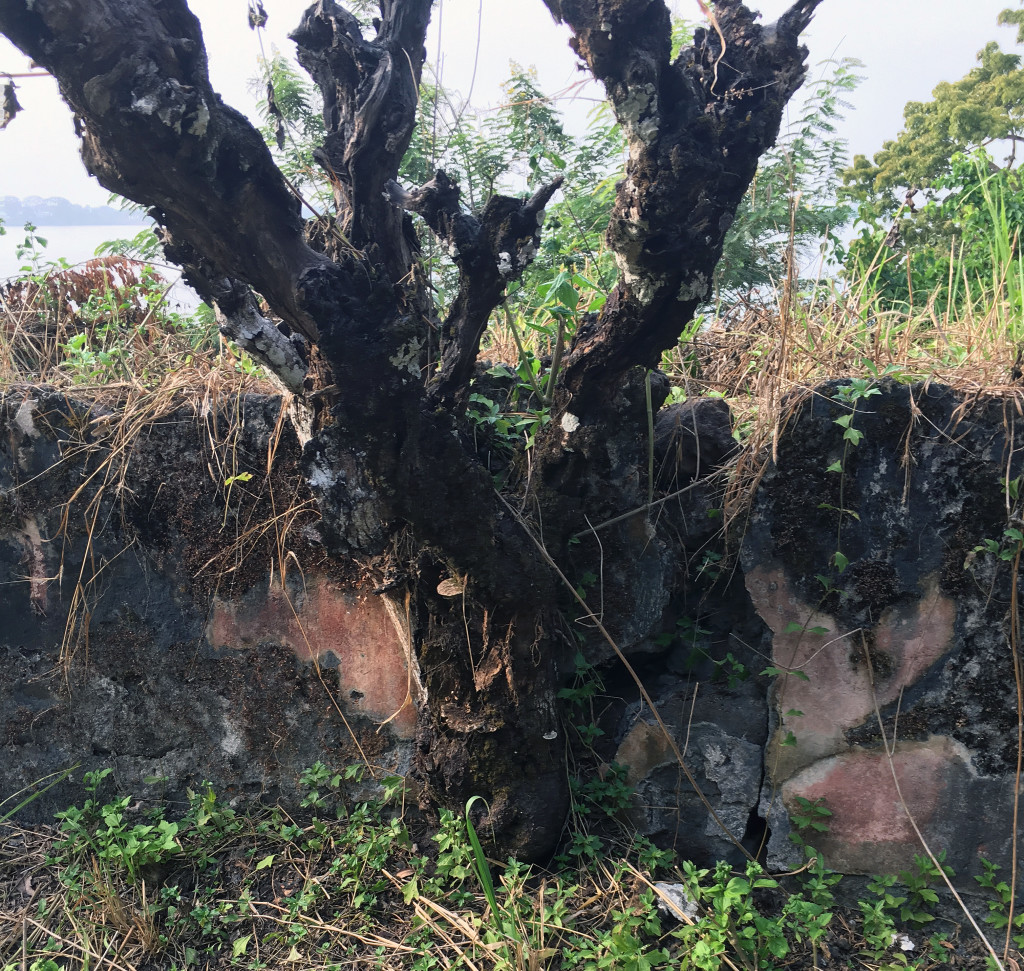 During this last visit, the team ascertained that several of the intervening structures from 2011 had either been removed or significantly damaged.
The main threat to the structural stability of the ruins is the growth of vegetation, especially large trees and other plants that are growing on top of structures. Their branches and roots are causing cracks, mortar loss, masonry displacement and water penetration, resulting in structural instability, and potential wall collapses.

Sierra Leone has one of the highest level of precipitation in Africa, and most of the structures in Bunce Island do not have a roof thus exposing them to the tropical rains. Wall cappings, repointing and nonstructural crack repairs are some of the urgent interventions needed to prevent moisture from reaching the core of the walls.

Gedeon GRC provided the drone, which was employed for a comprehensive survey of all the ruins during the 2-day expedition. The UAV allowed to record critical situations positioned in locations that would have been otherwise dangerous to reach.

In the last 10 years, several organizations and associations have been working to build up support for the preservation of this significant site for the history of humanity.
In 2012, Bunce Island was included in the Tentative List of UNESCO World Heritage Sites by Sierra Leone’s Monuments and Relics Commission (MRC). The MRC, which is part of the Ministry of Tourism and Cultural Affairs of Sierra Leone, was established in 1947 and was reconstituted, after a lapse of several years in 2014.
In October 2015, World Monuments Fund (WMF) announced its 2016 World Monuments Watch biannual list of threatened sites, which included Bunce Island. Subsequently, WMF launched an advocacy and fund raising campaign to preserve the site.
According to Mel Garber, the most pressing steps to be taken for preserving Bunce Island are “carrying out a comprehensive assessment of the vegetation threat, constructing a jetty to facilitate future interventions and a study of the impact of erosion on the island by the estuary and rainfall”.
As part of its program for corporate social responsibility, Gedeon GRC will continue to be involved in the project for the preservation of this significant historical site providing engineering expertise and resources.

Rupture Marketing has also partnered with Gedeon GRC for the campaign to save Bunce Island by producing all the video and media to promote efforts to save this important piece of history.